Because "going woke" would force me to subscribe to sex-negative feminism, and go woke, get broke, here's yet another gallery of beautiful women on America's greatest game show. At least, according to me! ^^;

We already mandate a shitload of vaccines on kids so that they can go to public schools. (And even adults...I remember getting a meningitis vaccine once, I think when I was still a senior in high school.) Likewise, if you join the U.S. military, you're drugged up with a whole pharmacy's worth of vaccines depending on where you're deployed. What's wrong with adding Covid-19 to the pile? D:

Seriously, who IS that motherfucking cunt, anyway?

Well, I won't know via a Google search for "stellastardown", which only gave me her blog on Fantendo and a few other pages like it. (I might try variants later.) Kiwi Farms keeps redirecting me in a circular loop because its "DDoS protection" was triggered, so I can't find out if Fantendo made the news on there. And it really pisses me off sometimes that I'm so bad at doxing people on my own. The shit she took on my user page is way too petty of a reason to mouth off to the cops or a lawyer, so I'm not getting her dox that way, either.

Why are cunts like her allowed to exist!?! She or Fantendo in general could make a good "The Internet was a Mistake" episode if I could dig up more dirt! ~_~;

I've tried to stop this bullshit here. Don't know how far it'll get; afraid I'll have to contact Nintendo themselves to give the wiki a cease and desist! Please don't let it come to that! X_x;


^^^^^Unfortunately, as this video shows, I don't think that this is an isolated incident. The LGBT community, T's in particular (especially M→F T's), seems to have gotten quite aggressive this year for some reason, and I don't know why. Here's another good example...I almost want to feel sorry for anyone named Samantha because of this! D:

Also, Chris-Chan, who got caught fucking his mom earlier this month, and who had been suspected of such back to 2014!?! O_o

It should be noted that on August 12th, StellaStardown actually gave me a "last warning" over this controversy, and removed a link to this journal that I'd put on my userpage on the grounds that it was a "link to discriminatory content".

If this were a job, and she were my boss, that would be an easy "retaliation against whistleblowers" lawsuit. Don't know about the situation as-is, though.

The thread was closed on the grounds that Fandom's Community Central "was not the correct place" to resolve the issue. I took it up with where I believed the right place is, but the fact that Fandom is based in San Francisco and this touches on LGBT issues didn't fill me with hope, and sure enough, the issue wasn't resolved to my satisfaction. However, the issue hasn't escalated further, I don't think, so I will not be pressing it further at this time. D:

WSLS-10's meteorologists are mentioning James Spann and his "respect the polygon" mantra.

Since I actually know who James Spann is (a meteorologist for WBMA, a low-power ABC station which broadcasts for Birmingham, AL at channels 33 and 40), courtesy of watching HIS tornado coverage on YouTube, I couldn't help but chuckle a little. ^^

I'm not holding you directly responsible for the recent shooting in Atlanta, but I'd like to think that you helped it happen to some degree.

You see, the borderline-autistic, extremely focused obsession that SJW's have had with blacks and Hispanics, especially since last June, has, naturally, caused some groups to get ignored. Furthermore, Asians are treated extremely weirdly in modern liberal circles to begin with!

I think this has something to do with the fact that, despite having been just as oppressed as other ethnic groups in the past (I'm sure you'll remember learning about these things called "internment camps" back in school...), and despite coming from cultures than, in some cases, have black and white differences to American culture, these people generally try to assimilate and contribute positively to American society. They also aren't quite as given to all that "cultural appropriation" nonsense, and will quite happily share their cultures with anyone who cares. You don't hear of many Asian illegal immigrants or ghetto hood rats for precisely that reason (although, as anyone who lives in Orange County, California might be aware of, it does happen sometimes).

This just absolutely infuriates most SJW's, who are downright brainwashed and mentally on the level of children despite being adults, and it causes their "programming" to malfunction in darkly hilarious ways, some of which you can see here. As a result, Asians, in my opinion, have become "the minority group that Martin Luther King Jr.'s "dream" forgot". Whenever an Asian tries to give an opinion on Dumblr or Shitter than runs contrary to "the narrative", they'll either get called "white", be told they're "acting white" or have "internalized racism", or flat-out ignored.

There's also a level of "horizontal hostility" in play. This was demonstrated all the way back in 1992 when the Rodney King riots happened. They hit the "K-Town" district of LA far harder than anywhere else! Why? Because blacks felt that Asians were "invading" what was once "their" territory! (Also, an Asian convenience store owner shot a black guy who was trying to rob him. And then only after the cops wouldn't help him!)

But hey, all lives can't matter until black lives matter, amirite? The fact that the recent shooting in Atlanta hasn't even gotten anywhere CLOSE to the level of outcry and protests that George Floyd's killing got pretty much proves me right. Change my mind! -_-;

As I've seen since the 1990's with global warming, the Democrats really like to bill themselves as the party of science, in opposition to those "uneducated Bible Belt rednecks" on the Republican side. Bill Nye has been a particularly egregious pusher of this pill, apparently wanting climate change skeptics to be prosecuted as war criminals once!

But last I checked, "the science" said that obesity was a killer, that you can't be "healthy at every size", and that "that bass" could increase your risk of some unsavory shit. 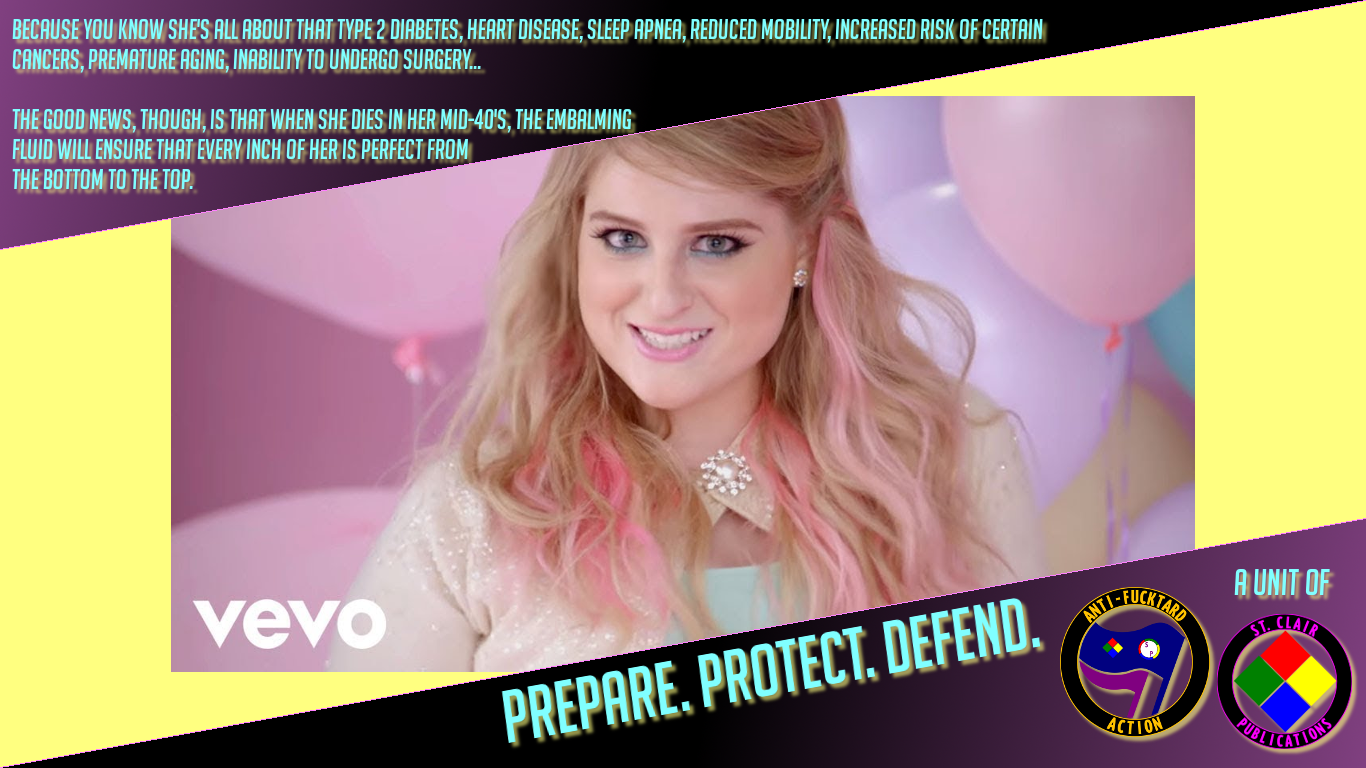 So, why, then, is the fat acceptance movement allowed to exist in the U.S. Democratic Party and first world liberalism, then? Seems like they're doing an epic shitload of denying "the science" there! D:

Also, last I checked, "the science" said that there can only be two genders, and that it's impossible for there to be more! Yet, what do the Democrats say about THAT?

Finally, one more thing: Why does it seem like so many of the biggest douche bags in our current political scene are Italians? Eric Garcetti, Andrew and Chris Cuomo, Bill de Blasio, Anthony Fauci, Nancy Pelosi (whose maiden name was even MORE Italian, I think...)... 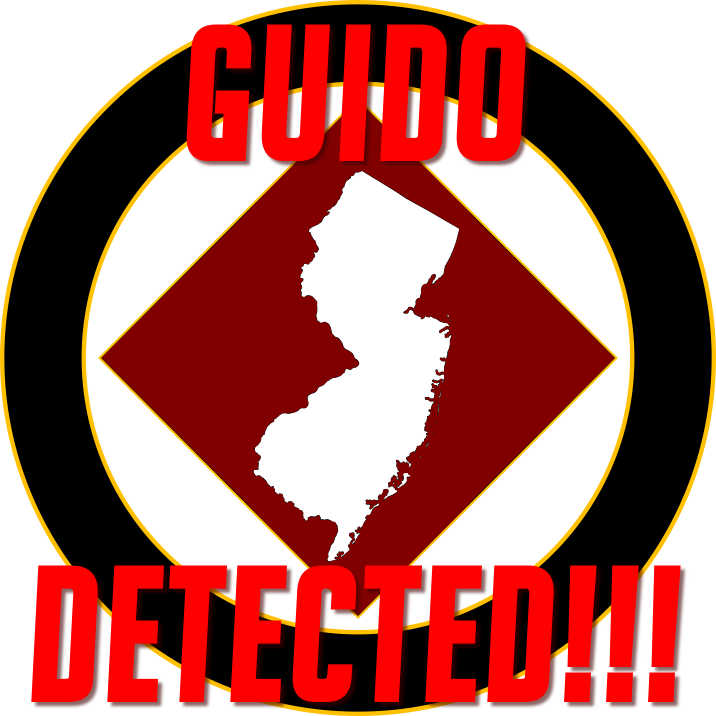 I thought liberals hated TV shows like The Sopranos and Jersey Shore for "perpetuating problematic ethnic stereotypes"! But what do they have to say about what is essentially The Godfather in real life?

At least SSSniperWolf attempts to bullshit that she's an actual gamer. -_-

So much so, that shit like THIS can happen!

From the saddest, most sterlized, and most boring sack of a game show since that failed Celebrity Double Dare pilot, here lies a gallery of women way too beautiful to wear a mask!